Here’s a corner of the battlefield, as 13 year old Bobby Fischer, (R), of Brooklyn, New York, fought out a chess battle with 21 opponents, (20 of them adults), simultaneously in the lobby of the YMCA in Jersey City. Bobby won 19 of the games, lost one and drew one. Play took five hours. Proceeds from the event would help Bobby go to the U. S. National Open Chess Tournament in Oklahoma City. 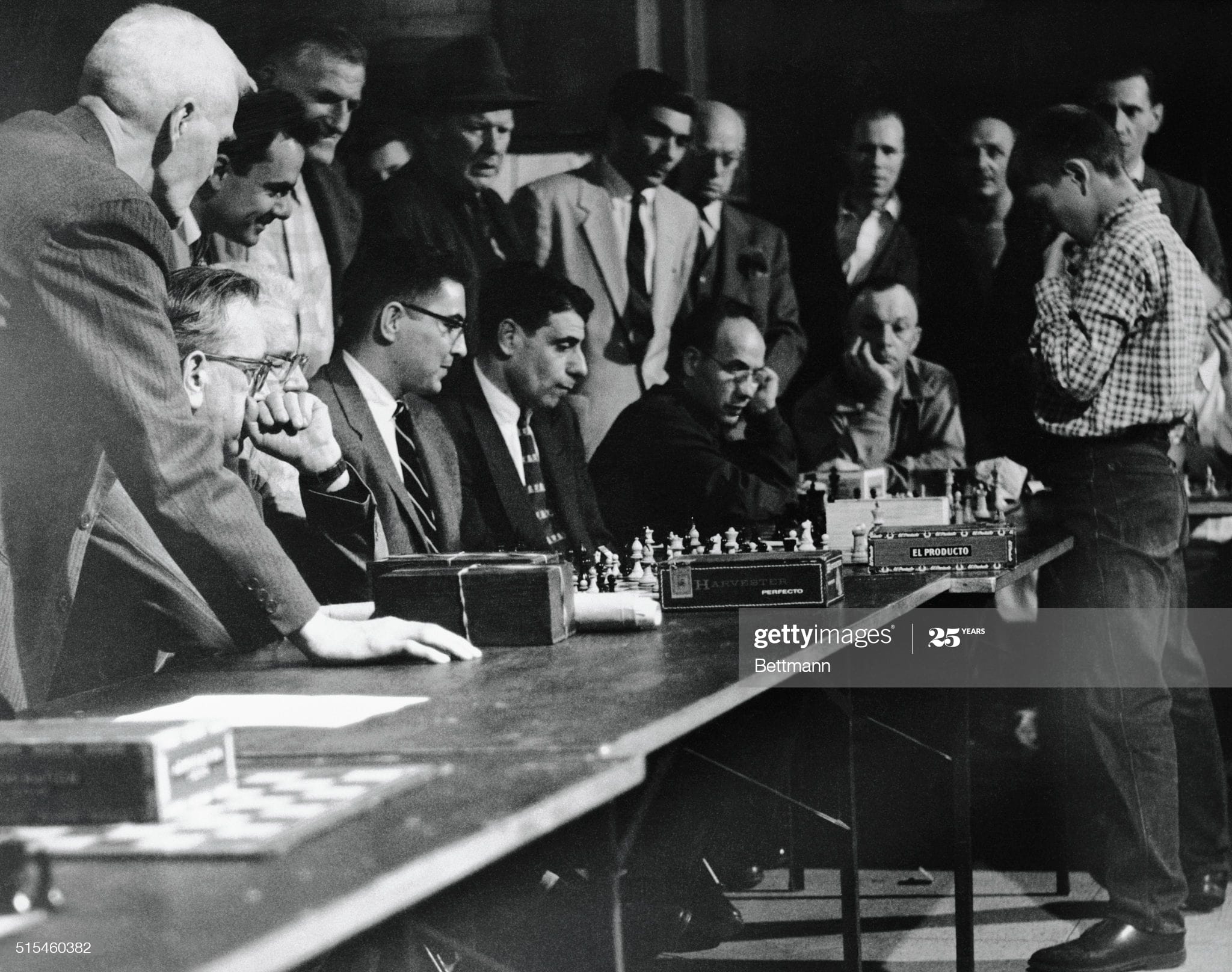