Fischer steps down from a private plane chartered by Icelandic television upon arrival in Reykjavik, late 24 March 2005. The highly controversial former world champion, 62, who became a citizen of the Nordic country this week, arrived from Japan after spending eight months in a jail with the threat of extradition to the United States hanging over his head. 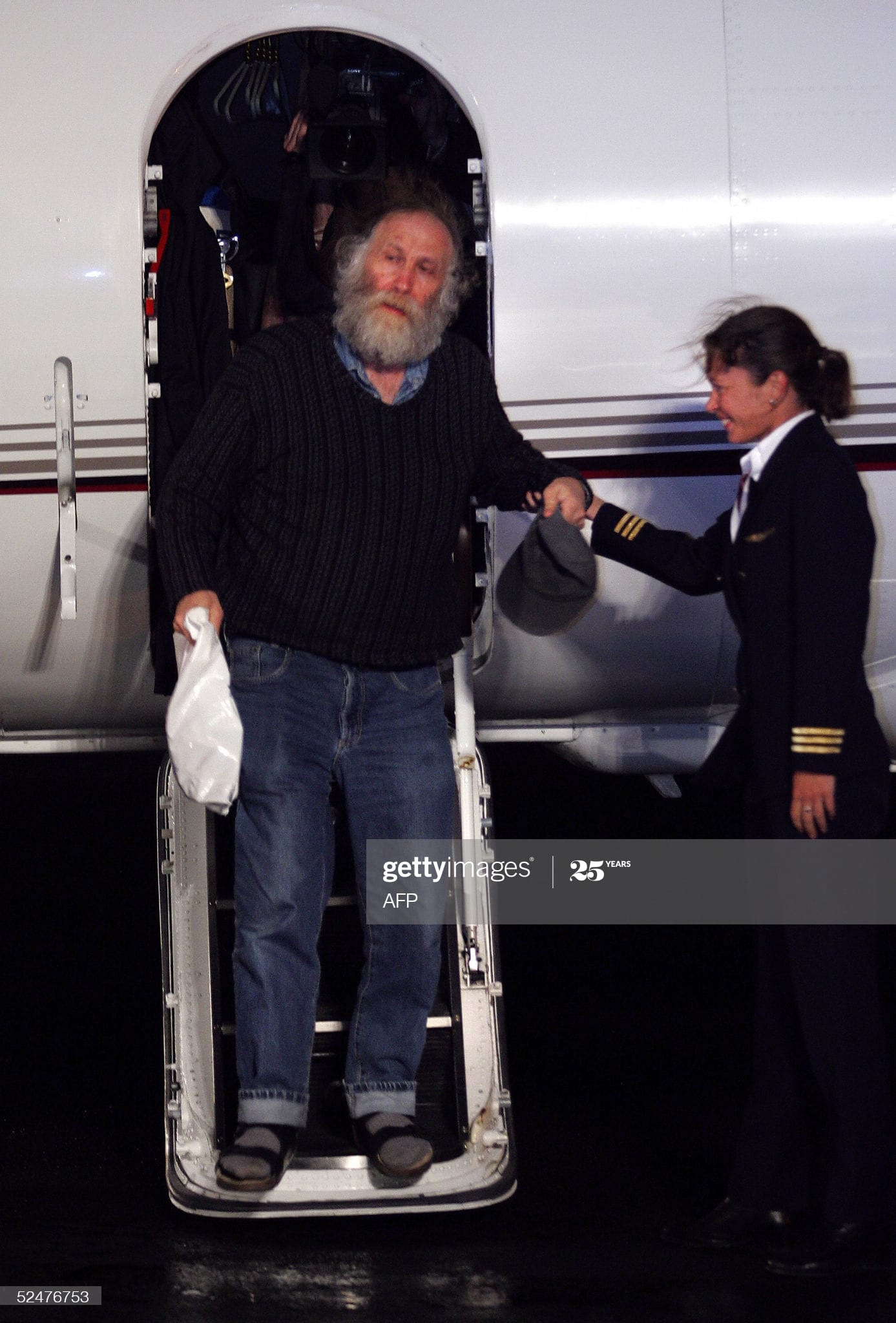 Fischer, who became a hero in the US in the 1970s for breaking Soviet dominance of chess, called US President George W. Bush a “criminal” on leaving Japan and is wanted in the US for defying sanctions on Yugoslavia by playing a match there in 1992 at the time of the Balkan wars.