American chess champion and prodigy, the controversial and temperamental Bobby Fischer, exits a car into a waiting crowd which includes several uniformed Icelandic policemen as he arrives for his third match with Soviet world champion Boris Spassky at the Reykjavik Exhibition Hall, Reykjavik, Iceland, July 17, 1972. 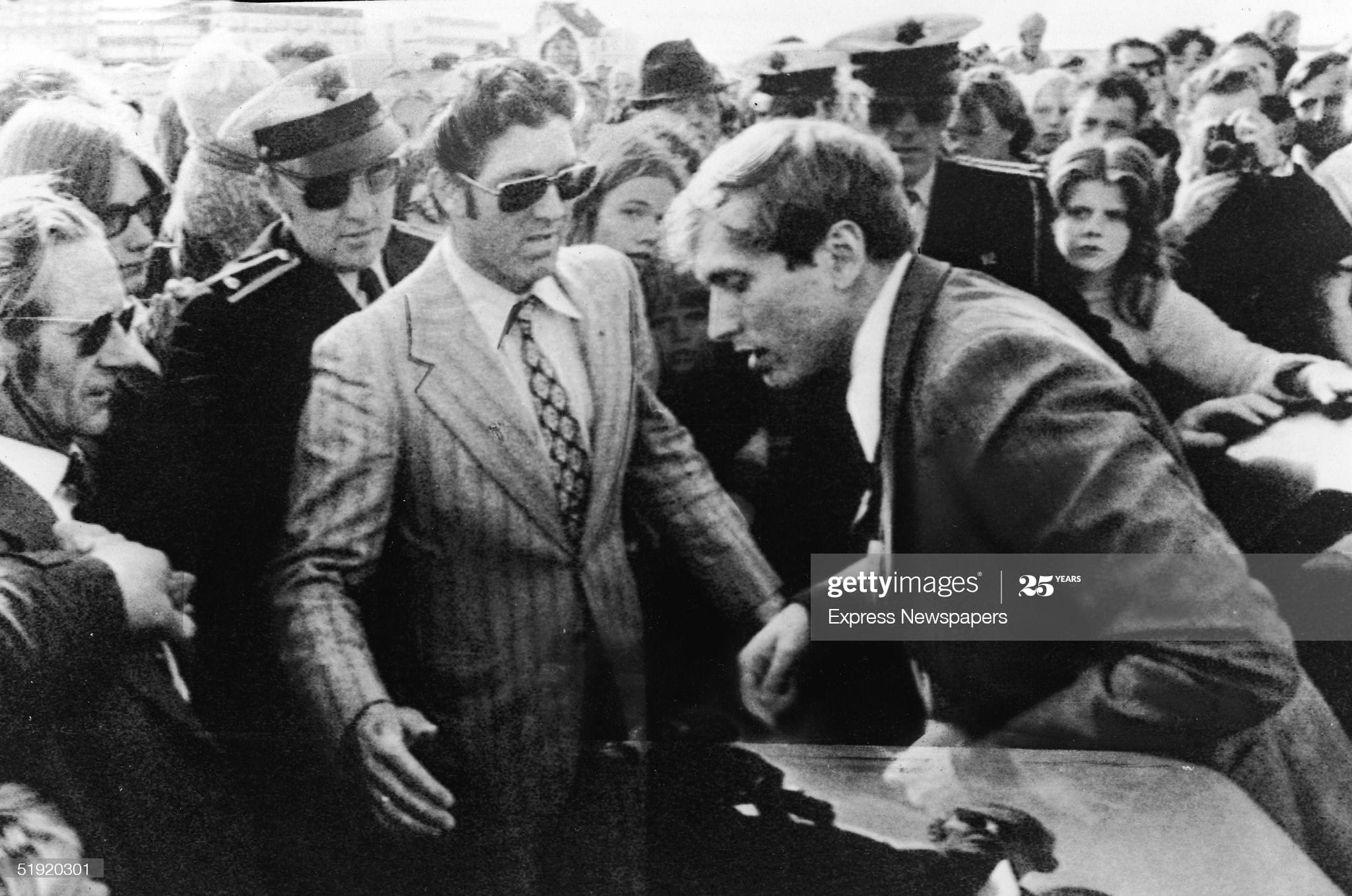