You do not need to be a chess player to understand the impact that Bobby Fischer had on the game of chess.

Born Robert James Fischer on March 9, 1943, he received a $1.00 chess set from his sister Joan when he was six, and his love of the game quickly blossomed. Already showing a proclivity for puzzles and advanced analytical thinking, a young Bobby began what his mother Regina referred to as an obsession for the game. Little did she know that this passion would eventually lead to her son becoming the World Chess Champion, ending 24 years of Soviet domination of the game in 1972 and changing the way the entire world would view chess.

Bobby Fisher died at age 64. There are 64 squares on the chess board.

This item was signed by both Fischer and Spassky 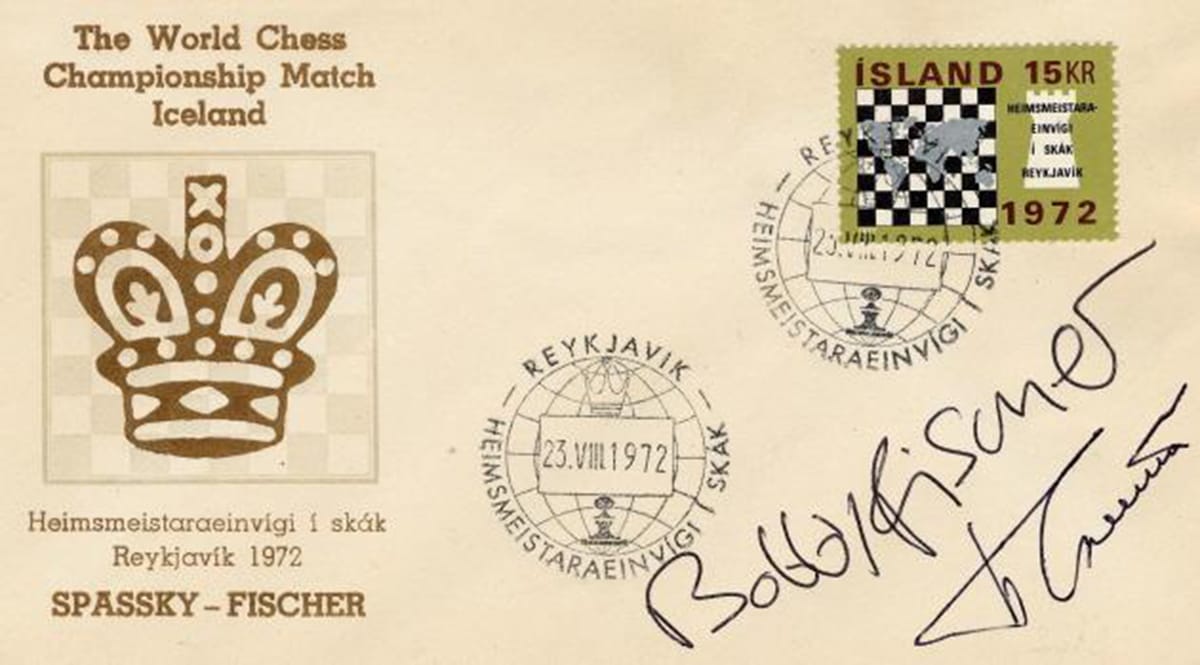 17-year-old polio patient Bruce Campbell plays a match with two-time U. S. chess champion, Bobby Fischer, 15, of Brooklyn, New York. The game was one of several Bobby played at the March of Dimes-supported Goldwater Memorial Hospital’s respiratory center on Welfare Island, New York. Bruce called out his moves and Bobby made them. 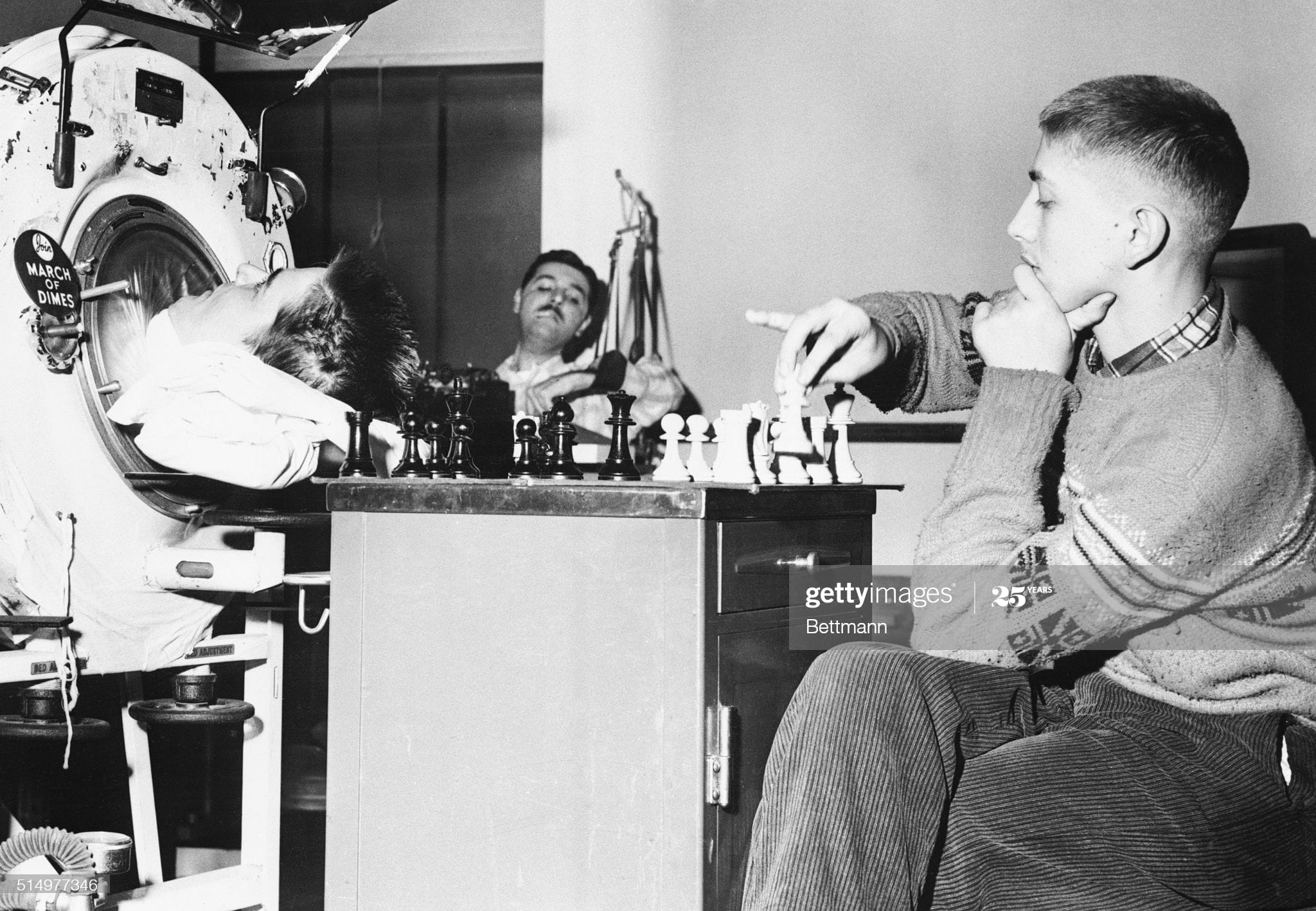 Bobby won the game, and made a big hit with the excited patients, who are being rehabilitated as part of the National Foundation’s expanded program to combat arthritis and birth defects as well as polio.