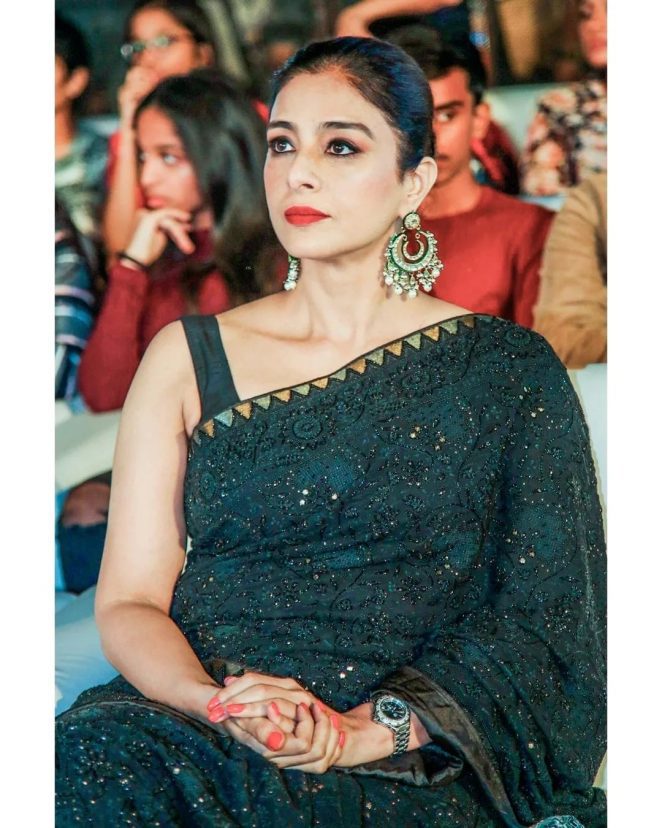 Tabu is a classic beauty and a talented actress. She has been a part of many Hindi, Telugu, Tamil, Malayalam, English, Bengali as well as Marathi films. She is another one of the most beautiful ladies in India. It was her role in Vijaypath which brought her into the limelight. She has received several awards throughout her career including two national awards and a Padma Shri.

She is known for films including Maqbool, Fanaa, Astitva, Maachis, Chachi 420, Drishyam, and Andhadhun among others. She was last seen in BBC’s adaptation of Vikram Seth’s famous novel, A Suitable Boy where she wowed the audience with her beauty, grace, and acting skills.